History and traditions of the School

One of the things which Boston Grammar School is most valued for is its history and values based on traditions. There is a great deal of interest from the local community in the school’s history. The school was given a Royal Charter in 1555 and it has stood on its current site since 1568. In the 1980s 'Floreat Bostona' was written by G.S.Bagley and published by the OBA. This book examines the History of the town of Boston and places emphasis on Boston Grammar School.

Much of the information which features on this page is based on the work of Bagley and also from the members of the Old Boys Association who have worked tenaciously to undertake research on Boston Grammar School.

It is believed that Boston had a school in the 14th century, though Boston Grammar School, as it stands today, dates back to the sixteenth century. Indeed, there are significant links between the school and the Tudor period. Our students are aware of this due to their History lessons, but also the school's many traditions and celebrations.

Our current school owes its origins to the breach between Henry VIII and the Papacy. As Bagley argues, “Fortunately for the friaries and guilds of Boston, the town was incorporated as a free borough in 1545, which enabled Boston to preserve its school and almshouses. This was, at least, until Henry's death. On the accession of Edward VI, guild lands passed to William Parr, now Lord Chamberlain and Marquess of Northampton. The existing schoolhouse was lost. However, Northampton made the mistake of trying to install his daughter-in-law, Lady Jane Grey, on the throne, instead of Mary Tudor, Henry VIII's daughter. As History lessons tell us, Mary triumphed, and Northampton ended up in the Tower on high treason charges. His land was forfeit to the Crown. In 1554, those lands were conveyed to the Mayor of Boston for the foundation of a grammar school in the town by Philip and Mary….and here we are! The school Library proudly carries an image of Philip and Mary in stained glass.

The initial school existed on Wormgate In Boston but the school only stayed in that location for twelve years. The building of a 'new' schoolhouse – now the Library around which our modern school thrives – took place between 1567 and 1568. From those small beginnings a mighty learning institution grew!

By the seventeenth century, the majority of Headmasters were Cambridge graduates, stemming particularly from Emmanuel College, where Puritanism was the order of the day. Despite a swing to Oxford graduates under the reign of the restored Charles II, Cambridge provided the majority of 'ushers' for the school. At times, the majority of BGS teachers came from Boston's surrounding villages and others much further afield, and boarding was common right up until just after World War I. There is no doubt that BGS has a fascinating history, having watched nearly five centuries of history play out around it, while retaining a central place in the social and cultural history of the town.

Philip and Mary’s 1554 Charter explained their desire for Boston to have “good Education of the Youth and Children.” In the reception area of the school, you will, see a replica of our Charter, in Latin. It is really a set of letters patent from Philip and Mary, bequeathing land for “the finding, maintaining and establishing, for ever, a Free Grammar school in Boston, and a fit master to teach, instruct and serve in the said School for the Education and Instruction of Boys and Youth in Grammar….".

We commemorate this event every Autumn with a celebration of the granting of the school charter. As indicated above, it was really the royal seal of approval from Philip and Mary in 1555 that bequeathed the land on which we stand to Boston and guaranteed the existence of a grammar school through royal letters patent confirming the “finding, maintaining and establishing, for ever, a free Grammar School, in Boston aforesaid……for the education and instruction of boys and youth”.

The Charter Day is a big occasion every year for the school and i is always uplifting to see the whole school walk through the town to St Botolph’s Church, a wonderful venue for a service celebrating the history of the school and its place in the community. The service itself involves a mixture of organ playing, readings, choral singing, musical performances, hymns and addresses. Parents are warmly welcomed to join us for this fine old school tradition.

Perhaps the most unusual of celebrations, this is an event peculiar to our school, arising from the fascinating history of Boston Grammar school. When the Marquess of Northampton was thrown into the Tower for his part in trying to secure Mary Tudor’s throne for Lady Jane Grey, the Boston Corporation lobbied the Crown for the return of his land that fell in former guild lands belonging to them. The Corporation was successful, and in 1555 the land “in which is kept a grammar school (scola litteratoris) with the appurtenances” returned to the people of Boston by letters patent of Philip and Mary. With the Elizabethan statesman Lord Burghley as the town’s recorder, the school flourished and occupied its current site with the building that you still see today in 1567. In 1588, the year of the Armada, the town’s fair and cattle market moved from Bargate to the school yard (the Mart Yard). For a time it became one of the most important fairs in the East Midlands, only moving back to Wide Bargate during the 19th Century.

Nowadays, there are no cows, but we celebrate the tradition of the opening of the Mart annually. In most years we gather out in the December cold in the Beast Yard as a school to listen to the declaration of the opening of the Mart. At the stroke of noon, by the chime of the clock of St Botolph’s, the Mayor calls for a half-day holiday to be granted to the pupils of the school. Each year, the Head grants that request (except, of course, for boys who owe coursework, who have the pleasure of spending the afternoon’s holiday working in the Library). The vast majority of pupils go home happily. In 2010, for the first time in a very long time, the Beast Yard was so ice-bound that the service took place in the Library, with the prefects representing the pupil body.

An annual prizegiving ceremony is held in December of each year. During this event a number of awards recognising achievement in academic disciplines, sport and other areas are awarded. Old boys are often in attendance, including the previous year's A-level students who return to receive their A-level certificates. The prestigious Parry Gold Medal is awarded to the student who achieved the best A-level results. A guest speaker is always invited, and notable guests of honour have included Helen Sharman, Barry Spikings and Mark Simmonds MP.

This name commemorates the earliest known reference to a Grammar School in Boston. In 1329, the Dean and Chapter of Lincoln appointed Robert de Muston, clerk, as Master to the Grammar School at Boston.

William Gannock was Mayor of Boston in 1567, the year in which the building of our School Hall was completed. His name appears on the large stone over the door at the North of the Hall.

John Laughton of Boston, gentleman, in his will dated 27 November, 1707, left a sum of money to provide for the school. The choice of master was left to the Vicar and Headmaster of the Grammar School. The school was situated in Wormgate.

In 1909, a scheme drawn up by the board of Education readjusted the uses of the money and applied it to help educate children of the Freeman of the Borough of Boston and for several other purposes. The residue was to go to the Governing Body of Boston Grammar School for the purposes of that Foundation.

In 1875 Thomas Parry left money to pay the fees of five boys at the Grammar School. These were to be chosen one from each of five named elementary schools. He also founded the Parry Medal which is awarded to the best academic student at Boston Grammar School each year, as agreed by the Trustees. 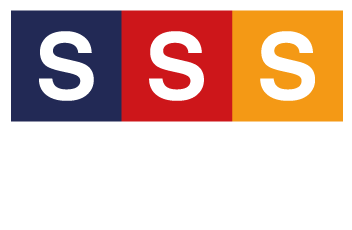